Handover of the Declaration to Prime Minister Charles Michel by Philippe Housiaux, President of Panathlon Wallonie-Bruxelles, and Thierry Zintz, President of the Belgium Panathlon - October 2017 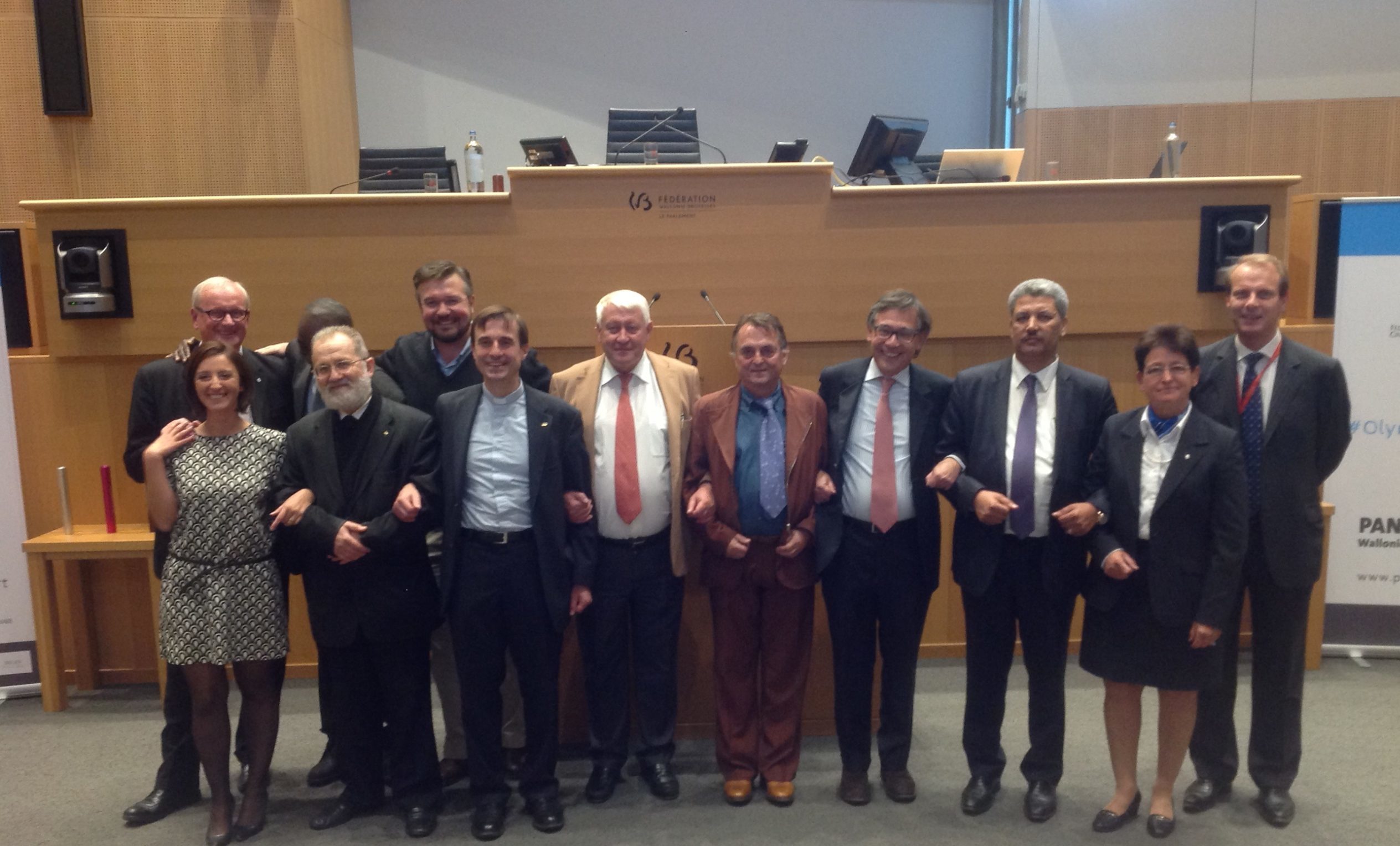 The representatives of Belgium’s recognised religions, the secular movement and the Belgian sporting bodies, gathered on 6 October 2016 at the Parliament of the Wallonia-Brussels Federation

It all started in 2016 at the 2nd edition of the Festival of Sporting Film organised by the Panathlon Wallonie-Bruxelles on the theme of “sport: spirit of humanity”.

Basically, the recent Olympic Games in Rio had been marked by a number of disconcerting acts on the part of athletes: both in the field and on the podium, some had sought to dismiss their opponents on the basis of religious, philosophical or even political beliefs.

This had raised a few questions at the Panathlon Wallonie-Bruxelles, which thus decided to include in their film festival programme the film “Chariots of Fire”, which tells part of the true story of British athlete, Eric Liddell, who refused to attend the  100m heats due to their being held on a Sunday, “the Lord’s Day” according to his religious beliefs. The British Olympic Committee then suggested to him that he instead attend the 400m heats, which were held during the week. He did so and promptly won!

Although nearly a century separates the Rio Olympics and Eric Liddell’s protest, the same attitudes can still be observed, proving that nothing has been settled, either for the athletes, the sporting bodies or the religious communities.

Based on this observation, the Panathlon Wallonie-Bruxelles took the bold step of bringing together around the same table Belgium’s various recognised religions and the country’s sporting bodies in order to take stock of the existing relationship between sport and religious beliefs. This amounted to a global First!

The conference took place at the Parliament of the Wallonia-Brussels Federation on 6thOctober 2016, under the presidency of Philippe Courard. 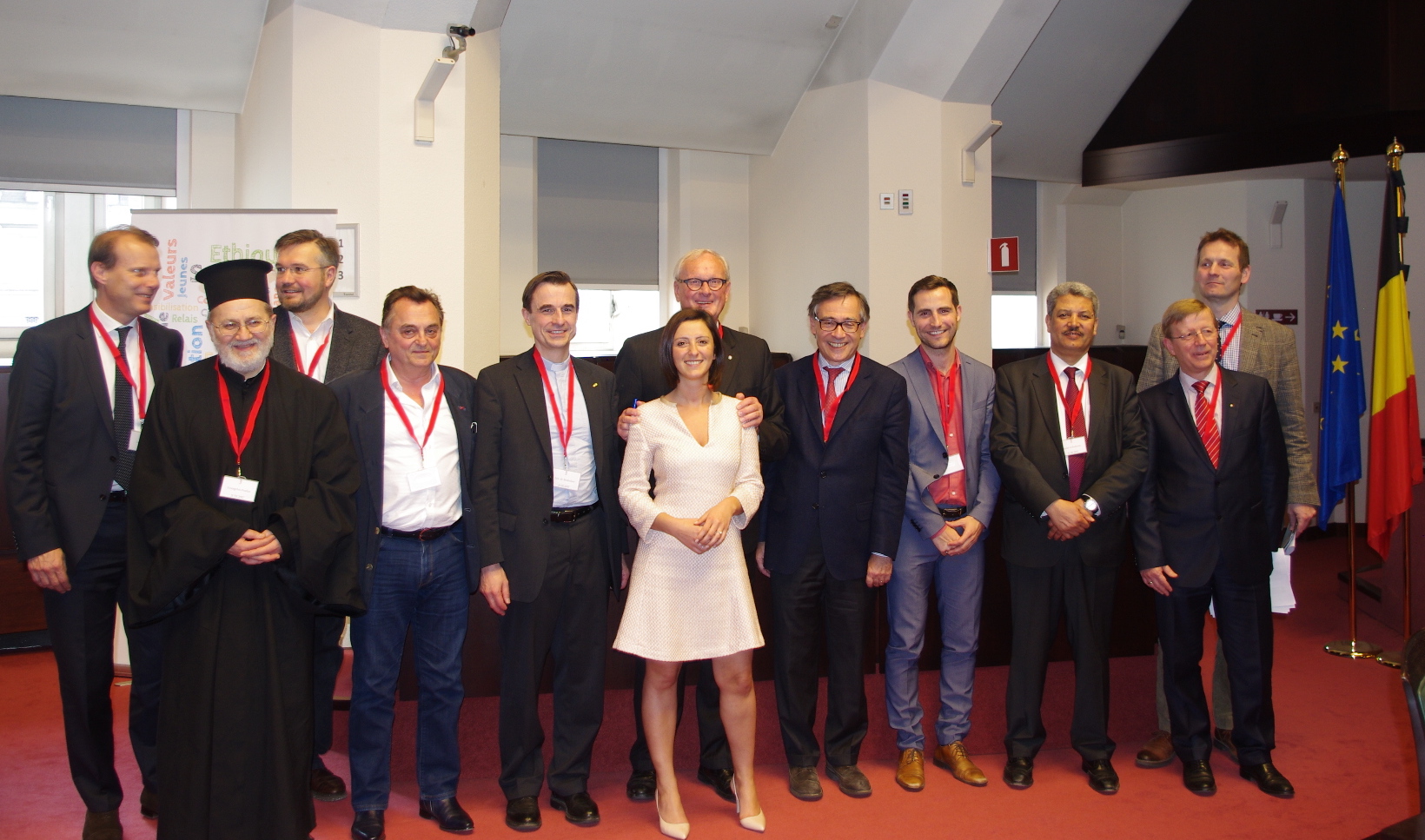 The representatives of Belgium’s recognised religions, its secular movement and the country’s sporting bodies, gathered on 31st March 2017 at the Belgian Senate

This gathering was so exciting and the interest shown by the participants so strong that the Panathlon Wallonie-Bruxelles decided to go one step further by proposing a draft text on this issue and submitting it for opinions to all of the participants, both religious and sporting. To this initial draft, the representatives of the Catholic, Muslim and Jewish religions called for the addition of the phrase “in an ostentatious and intolerant fashion”.

A second conference was held in the iconic location of the Belgian Senate, the ultimate “Chamber of Sages”. All of the religions and sporting bodies were once again in attendance and, in the presence of the Senate’s president, Mrs. Christine Defraigne, gave their agreement on the text which has today become the Declaration “sport: spirit of humanity”.

The Royal Palace was kept systematically informed at all stages of the process and encouraged the continuation of this initiative. The Declaration was then officially handed over to the Prime Minister Charles Michel in October 2017, before being widely distributed at the end of the same year.

In 2018, the cosignatories to the Declaration and the Panathlon Wallonie-Bruxelles invited the European Fair Play Movement (EFPM) and all of its members (including 41 National Olympic Committees, 15 international sporting bodies, etc.) to debate it at the annual conference of the European Movement.

Co-organised with the EFPM and the Think Tank Sport and Citizenship, and placed under the High Patronage of his Majesty the King, this event was held on 22 November 2018 at the Committee of the Regions in Brussels.

Everyone came together with a specific objective: to make this text a concrete and practical tool for all and to encourage programmes of specific actions that will enable this Declaration to become a key benchmark both for the signatory nations and for the international sporting world as a whole.

The existence of this Declaration generated positive reactions and questions were submitted to the Panathlon Wallonie-Bruxelles. In the interests of practicality, the decision was made to constitute a Monitoring Committee to formulate Recommendations on the questions raised. Two inaugural meetings were held in October 2019 and in January 2020 at the headquarters of the COIB (Belgian Olympic Committee) in Brussels. 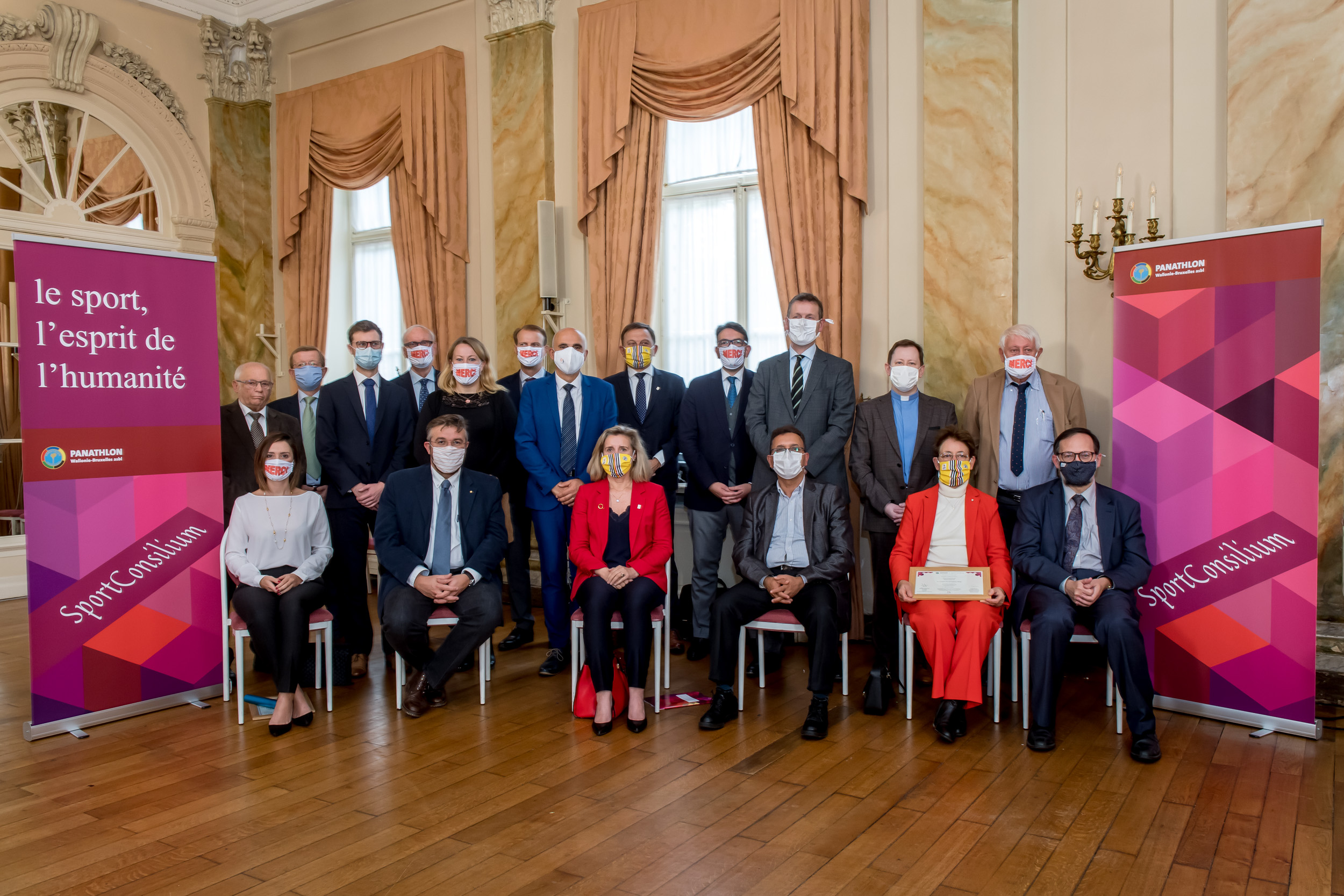 The representatives of Belgium’s recognised religions, its secular movement and the country’s sporting bodies, gathered on 6th March 2020 at the Cercle Gaulois in Brussels

Four years to the day after the first meeting between the world of sport, the religions and the secular movement, SportConsilium was thus officially established on 6thOctober 2020, at the Cercle Gaulois in Brussels. Organised with the support of Mr. Pierre-Yves Jeholet, Minister-President of the Wallonia-Brussels Federation (represented by his Advisor Mr. Olivier Schmetz), and of Mrs. Valérie Glatigny, Minister of Sport at the Wallonia-Brussels Federation (represented by her Sports Attaché, Mrs. Jessica Mayon), this ceremony also benefited from the support of Mr. Guy Drut, Member of the IOC, Permanent Representative of the IOC at Unesco and former Olympic champion (110m hurdles at 1976 Olympics in Montreal).

Henceforth, all of the cosignatories undertake to bring to life this Declaration by playing an active role within SportConsilium, while keeping in mind this guiding thread: every athlete, irrespective of their own values, agrees when they enter “the sporting space” to comply with the rules of their sport without highlighting their philosophical beliefs”.