SportConsilium’s raison d’etre is to implement the Declaration “sport: spirit of humanity” and to serve as a tool for reflection on the interactions between sport and religion or philosophies of life. By endeavouring to offer responses to the questions of the actors on the ground, it informs and supports them and seeks to contribute to the enhancement of unity in the practice of sport.

All requests for advice must be submitted by a sports federation based on Belgian soil and recognized by decree or by the COIB, the BPC, the AISF or the VSF, or by an athlete affiliated to one of these federations.

After an initial meeting held in October 2016 at the Parliament of the Wallonia-Brussels Federation, the world of sport, the religions recognised in Belgium and the secular movement co-signed the Declaration “sport: spirit of humanity” in March 2017 at the Belgian Senate.

Following on from the international conference held in Brussels in November 2018 at the Committee of the Regions, all of the cosignatories are today undertaking to bring this Declaration to life by becoming actively involved within its Monitoring Committee, named SportConsilium.

On October 6, 2020, 4 years to the day after the first meeting, SportConsilium was officially installed in the presence of its members, the co-signatory institutions of the Declaration. As a tool to help reflection on the interactions between sport and religion or philosophy of life, the SportConsilium will try to provide answers to the questions of the actors in the field, informing them, supporting them and helping them to contribute to the improvement of conviviality in the practice of sport.

The world of sport, the religions recognised in Belgium and the secular movement hereby declare their commitment to the spirit of unity and of mutual respect in the practice of sport.

That sport makes a considerable contribution to a certain “spirit of humanity”.

As often stated by Ban Ki-Moon in his capacity as the eighth Secretary-General of the United Nations, sport is a unique vehicle for effectively aiding the achievement of peace in the world, transcending any differences based on religion or politics.

Nelson Mandela showed that he was also of the same opinion when he said: “sport has the power to change the world”.

Sports fields are very much life spaces where different beliefs and religions rub shoulders every day and it is the duty of all of us to do our utmost to ensure that these fields remain places where individuals meet, interact and “live sport”. There is no need to burden sport with a religious or philosophical dimension, as its practice and competitions already embody all facets of humanity: sport and religion (all religions included) can come together and form a whole only through learning and respect for shared values.

This is why the clubs, sporting structures and sports venues must remain open to all, regardless of their social, ethnic or religious origins. In this way, ephemeral teams and alliances can form in a moment, spontaneously and without planning, around a ball or a high bar, during a jog or a few lengths of a pool. This is sport as it must remain: champion of cohesion, gold medal-winner in diversity.

Just like religion, or the laws that govern the way we live together, sport influences our daily lives and can make an even greater contribution to cohesion and social diversity, to education, to the fight against racism, as well as to the quest for excellence and performance, to the blossoming of talents, to economic development and to value creation.

What’s more, it’s a great way of understanding ourselves better and accepting one another.

… in this sport and its eminently social and societal role. Not ONE sport in particular but ALL sports; whether individual or played as a team; whether involving boys and girls or distinguished veterans; whether there’s a prize at stake or the mere pleasure of participation; whether the aim is to break your own record or the world record; whether it’s for thrills or for a medal, for health or to “chill”.

It should always be about THE encounter, this form of uncomplicated sharing, this desire for interaction.

Sport is all of these things, but it’s not merely a leisure activity or a fleeting  release. All participants bring with them their own baggage; each one deploys what’s essential; their “physical attributes”; their mental strengths derived from experience; their achievements and their doubts; all of their triumphs and all their beliefs.

We enter into sport as we enter into a religion: in contact, in relation, in competition, etc, etc; that’s the essence of the Declaration “sport: spirit of humanity”; joint and vital work towards the art of living fully together, casting off our shells and removing walls and hindrances.

And nothing should be allowed to obstruct this decision-making process, not even philosophical prescriptions that could shatter the harmony of our sporting gatherings or weigh down the meaning given to the sporting encounter.

Signed unanimously by the representatives of the religions, the secular movement and the sporting bodies, this Declaration includes the crucial commitment that we need to reiterate again and again:

“Whereas each person engaging in sport possesses their own rich values and philosophies of life or of belonging, he/she accepts that once they cross the threshold or enter the sporting arena, they will agree, with no exceptions, to adopt and conform to the rules of sport in the widest sense, without promoting their philosophical convictions in an ostentatious or intolerant fashion, in any way whatsoever”.

This is what has been declared and enshrined, so there’s no time to lose; let’s enter “into sport” together, armed with all of our diverse riches.

I profoundly believe in the spirit and application of this Declaration; sport is the ultimate manifestation of Universality and this Declaration must be heard loud and clear wherever sport is practised, wherever athletes go about their daily human lives.

“sport: spirit of humanity” is not a pipedream; it’s already imbued with the meaning that the one billion athletes throughout the world give to it without putting it into words.

It’s down to every one of us to declare it, prove it and enrich it!! 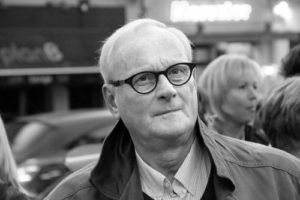 N.B. Thanks to Pierre-Olivier Beckers, President of the COIB and Member of the IOC, and to Laurent Thiule, President of Sport and Citizenship, for having “loaned” me one or two ideas!